The title in this film comes from a line where a Japanese doctor says he cannot use a shotgun and will kill his enemies in "Japanese style," to which our overly-muscled hero with flowing locks replies while holding a pistol that he'll do his killing in "American style." Nice. Robert Z'Dar is a criminal named … END_OF_DOCUMENT_TOKEN_TO_BE_REPLACED

It's the 1970s. The American urban sprawl is a crime-filled wasteland of drugs and violence. Gangs openly walk the streets, hunting for victims in the parks, on the subway, and even in the grocery store. What's a guy to do? Why, get a gun and go to town, of course. Death Wish is a weird … END_OF_DOCUMENT_TOKEN_TO_BE_REPLACED 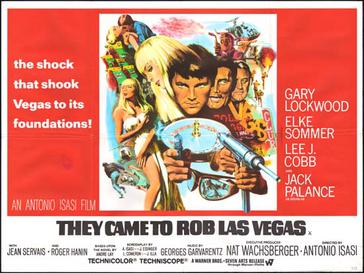 This movie is about a bunch of poorly-dubbed European actors who get together to rip off an armored car service as an act of revenge for a guy's brother. Unfortunately, they don't realize that they're also ripping off La Cosa Nostra, who happen to be involved in the armored car business, while the US Treasury … END_OF_DOCUMENT_TOKEN_TO_BE_REPLACED 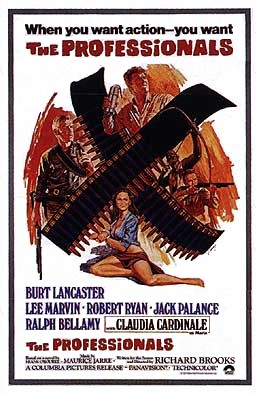 Lee Marvin, Woody Strode, Robert Ryan, and Burt Lancaster are hired by Texas millionaire Ralph Bellamy to enter Mexico and take his kidnapped wife, the lovely Claudia Cardinale, back from Jack Palance, a Mexican bandit. While this is basically a Wild West heist film exploring themes of love and jaded adventure seekers, the team-building aspect … END_OF_DOCUMENT_TOKEN_TO_BE_REPLACED

There are actually two movies in the poliziotteschi genre with this title featuring Henry Silva that came out in the 1970s. This is the second such movie, released in 1975, and it is sometimes referred to as The Manhunt. Crime runs rampant in Italy. A trio of thieves whose leader poses as a blind man … END_OF_DOCUMENT_TOKEN_TO_BE_REPLACED

1969 brought a nearly two decade reign of terror in Italy known as the Anni di piombo, the Years of Lead, during which both far left and far right terrorist groups(supposedly supported by the Soviet Union and US respectively) carried out bombings, assassinations, homicides, arson, kidnappings, intentional maiming, and executions against police officers, journalists, government … END_OF_DOCUMENT_TOKEN_TO_BE_REPLACED