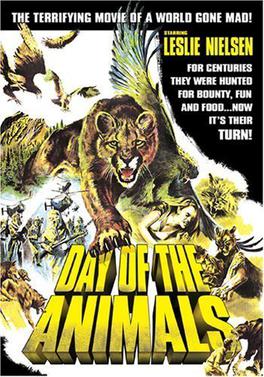 This movie is not to be confused with the never released Grizzly II. It may seem strange that the two get compared, but Day of the Animals and Grizzly both featured much of the same crew, including the same director and producer, as well as both actors Christopher George and Richard Jaeckel. Only instead of fighting a single giant bear … END_OF_DOCUMENT_TOKEN_TO_BE_REPLACED

There is a bear in the woods. For some people, the bear is easy to see. Others don't see it at all. Some people say the bear is tame. Others say it's vicious and dangerous. Since no one can really be sure who's right, isn't it smart to be as strong as the bear? If … END_OF_DOCUMENT_TOKEN_TO_BE_REPLACED

There's a bear in the woods. I have a good friend who watches slasher films almost exclusively.  It is the rare day when I come across a title that he has not seen. Berserker is one of these films, one that has fallen so far through the cracks that my main source for info on … END_OF_DOCUMENT_TOKEN_TO_BE_REPLACED