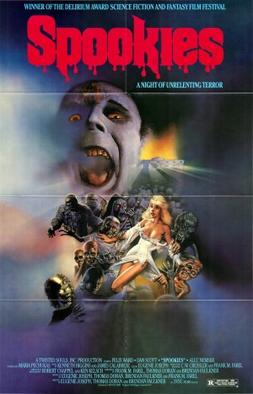 Spookies was originally supposed to be a very different movie called Twisted Souls, a film that comes off as much more of an Evil Dead wannabe. Unfortunately once filming wrapped, the financial backer developed creative differences with everyone involved and hired a new producer, who in turn brought in a new editor/director, new camera crew, … END_OF_DOCUMENT_TOKEN_TO_BE_REPLACED

Everything you need to know about this movie can be summed up in the following picture: A*P*E is a King Kong mockbuster that came out of South Korea around the same time as the Dino De Laurentiis King Kong remake from the 1970s. In fact, the film takes a couple of knocks at the remake … END_OF_DOCUMENT_TOKEN_TO_BE_REPLACED