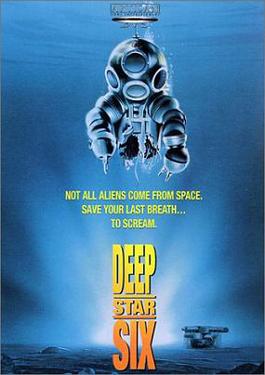 1989 had multiple underwater horror/sci-fi movies come out, the most popular of which was The Abyss. I've always been partial to the movie Leviathan, which isn't as good but sports Peter Weller, Daniel Stern, and Meg Foster. DeepStar Six is probably middle-of-the-pack for this set of movies; while it's an obviously cheaper production with less … END_OF_DOCUMENT_TOKEN_TO_BE_REPLACED

This is the Alien Resurrection of movies about giant spiders, only far worse. Jason and Alexandra are a married couple who end up shipwrecked in the ocean after finding a burned-out wreck of a sailboat. They get picked up by a cargo ship, only to discover that the ship is really a mobile aquatic laboratory … END_OF_DOCUMENT_TOKEN_TO_BE_REPLACED